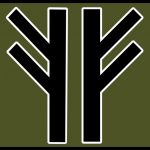 Today the AFA is proud to announce the Fríðr Folk Kindred of Texas as an official Kindred of the Asatru Folk Assembly.

Gaining Kindred recognition is not a easy thing, it takes dedication and loyalty and willingness to stand with our church and family. Texas has grown a lot in the last year and this Kindred has been busy hosting events for the folk down there.

Fríðr Folk, thank you for stepping up and being a beacon for our folk, a light in the darkness. We are happy to have another great Kindred join our AFA family!

Hail the Fríðr Folk!
Hail the Kindreds of the AFA!
Hail the Asatru Folk Assembly!!! 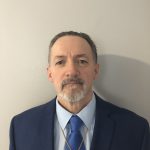 Please welcome James Cummings of Illinois as our newest Apprentice Folkbuilder for the Midwest region of the AFA. James joins a large and dynamic team of AFA leaders in a region that is growing in activity and in numbers. We look forward to the progress this fine team of leaders can make together in the coming months and years.

We are honored to welcome Tij Rudd of Australia as the newest Apprentice Folkbuilder for the AFA. Tij brings with him a mighty hamingja as kin to the ascended Alexander Rud Mills. This hamingja positions him well to achieve great things for himself, for his line, for the AFA, and for the Æsir. Oceania is a region swelling with potential and Tij is just the man to lead the way in realizing that potential. We look forward to the amazing things Tij will accomplish in the months and years to come! 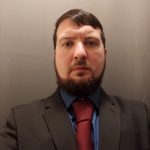 Please join me in welcoming Jacob Wells of Virginia as the AFA’s newest Apprentice Folkbuilder. Jacob joins a strong team in the Upper South region and we are very excited to watch this region continue to grow and thrive.

We are proud to introduce Patrick Cook of West Virginia as the AFA’s newest Apprentice Folkbuilder! Patrick is the founder of the AFA’s Stonewall Kindred and will be a great asset to the Upper South leadership team! Thank you for stepping up Patrick, we are excited to watch you succeed and your region prosper!

Day of Remembrance for Raud the Strong 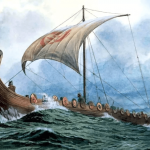 So well-known was the hero, Raud the Strong, that his story comes to us from several Icelandic Saga’s, the most common of which is the Heimskringla (The Chronicle of the Kings of Norway) by Snorri Sturluson. The story tells of a great seafaring warrior who had Thor and Seiðr on his side.

Around the year 1000, the zealous Norwegian King, Olaf Tryggvason, began an expedition to North-Norway to continue his Christianization of the pagan people. Olaf found much success in his efforts, owing largely to his brutal methods of both torturing and killing those who refused, but not all were swayed.

In Godøy, near present-day Bodø, lived the man Raud the Strong. Raud was known to have a strong connection with the Sami people, and to own a remarkable longship that was larger than any that Olaf himself owned. With a gold-plated dragon head, it is what many suppose the popular Viking longship designs are based off of.

Upon hearing that Olaf was heading his way Raud gathered as many men as he could and lead a great assault at sea. Despite everything, however, Raud found himself overwhelmed and had to retreat from the battle. Stories say that Raud was able to Seiðr to call on the winds to speed him home safely while also blocking Olaf Tryggvason’s chase.

It was all for naught, however.

Though he made it home, Raud was eventually caught by Olaf Tryggvasson. Despite the Kings efforts, however, Raud refused to turn his back on his gods despite torture. In the end, he was killed when a live snake was forced down his throat. Many of Raud’s men, following his example, were also killed after refusing to convert.

So, what can we learn from this story?

Some might make the argument that it is better to live another day, to fight another day. In some cases, this might be true. For every one of us sitting here reading this, however, one of our ancestors made a different choice. The choice to convert saved our lives.

For many of our ancestors, death was the best option. Which of us ever choses to be killed in a horrible, painful way? Was death the better option? We must believe that for some, it was. For Raud the Strong, friend of Thor, it was. To convert was to turn his back on his Heritage, on his Honor, and on his Courage and a warrior and leader.

Our ancestors lived in a very different time. They lived in a world in which men and women could be killed for choosing to remain loyal to their Gods. We are exceptionally lucky that we live in a society that allows us the freedom to worship our Gods.

We don’t face the same torture and death as Raud the Strong for choosing to worship our Gods our way, but we do face the possibility of ostracization from society. People, even our families, can turn their backs on us for disagreeing with the “rules” they have given us. We are not free from the effects of the multi-cultural paradigm, but we do not have to bow to it. 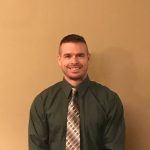 Please join me in welcoming Nathan Erlandson of Minnesota as the AFA’s newest Apprentice Folkbuilder. Nathan has put in huge effort at Baldurshof, creating a worthy temple for the shining God. Nathan joins an amazing team in a dynamic region and we are eager to watch the growth and development of the AFA Northern Plains over the months and years to come! 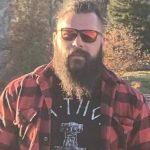 Born Antonio Amadeus Salerno on July 11, 1986 in Torrance, California, Tony lived his entire life in the central part of the state. He worked as a Bail Recovery Agent – a “bounty hunter” – and took pride in the challenges and dangers of that profession.

AFA members remember him as the muscular, intense man who was always a top contender in the “Viking Games” at Odinshof. He was an inspiration to all of us who valued strength and that virtue Hemingway called “grace under pressure.” But Tony was more than that; sitting in conversation with him at Hof events revealed an intelligent and informed man who loved his Gods, his Folk, and his family.

Tony was a health and strength enthusiast long before he came to the AFA; his family ran the Prunedale Gym and Health Club when he was young and his hobbies included archery, hockey and participating in the Highland Games strongman competitions.

Tony’s striving for improvement did not stop with athletics: A note found in his wallet after his death was a list of what appear to be reminders to himself, shown here as he wrote them –

– Remember what you have

– Grateful for the joys in my life

– This too shall pass

He is survived by his mother and father Desiree and Guy Salerno, and his 10-year old son Jaxon Odysseus Salerno.