The Saga begins in Norway with the birth of Ingimund.

Ingimund fought in the battle of Havsfjord with what would be the first king of all of Norway, King Harald Fairhair.  Contrary to what the Christians have stated, King Harald Fairhair was Asatru and followed the ancient Way. Years after Fairhair had died and the Nation was officially Christian, Harald Fairhair’s remains had been removed from his megalithic tomb and placed in a Christian Church, hence in my opinion retroactively making the first king of Norway a “Christian”, most likely this happened when King Saint Olaf was king of Norway, 1000ce.

The story of Ingimund  is about his most fortunate life, he was of a noble family, and friend of Harald Fairhair and eventually, a founder of a large Settler family of Iceland.

His fortunate survival in the Battle of Havsfjord starts when he meets up with his father, in celebration at a feast on his fathers ancestral estate in northern Norway. Many were invited and among the guests was a Lapp woman, a Seeress. Well, the men and Ingimund prepared a ‘magic’ rite in the old heathen fashion. A High Seat was prepared for the Seeress and she came dressed in fine attire. Many men asked of their future, they all took the news in a different way. The Seeress asked, “why do the young men not ask about their futures?” Ingimund answered, “it is not important to know my future.” She answered, “ I will nevertheless tell you  without being asked. You will settle in a land called Iceland, it is not yet fully settled. There you will become a man of honor and live to a great age. Many of your kinsfolk will be noble figures in that land.” Ingimund did not want to go to Iceland and wanted to stay with his father and keep his ancestral land in Norway.

The Lapp Seeress answered, “what I am saying will come to pass and a sign of this is the amulet is missing from your purse, it now lies in the wood where you will settle, and on this silver amulet the figure of freyr is carved and when you establish your homestead, then my prophesy will be fulfilled”.

The next morning Ingimund searched for the amulet and could not find it.

When the King had won the Battle he gave gifts and Ingimund received friendship of the King and the amulet. Among those that received gifts was Rognvald of More, he became Earl of Orkney.

Ingimund’s father was growing old and ill. Again he travelled to see him. His father, Thorstein said, “now kinsman, It would not seem strange were you to find yourself moving from these ancestral lands and I not allow this to trouble me. The thing which I hold best in my life is that I have not been aggressive towards others, and it is very likely that my life will come o an end in the same peaceful manner because I feel a sickness coming on, now I want to know how my affairs stand. He died shortly afterwards and he was given a fitting burial in the ancient Asatru way.

The King arranged a marriage of Vigdis to Ingimund and the King said, “I cannot deny that the may have a purpose and that Freyr might wish his amulet to rest in the place where he wants his seat of honor to be established.”

Ingimund said, “ he was eager to know whether he could find the amulet after digging was done for his high seat pillars.”

Ingimund sent for three Lapp from the north and said, “ I will give you butter and tin if you undertake an errand for me and search in Iceland for my amulet and report back to me the lay of the land.” They said, “ you must shut us up in a shed together and our names must not be revealed”. They told Ingimund that it was a dangerous journey, and described the land where he would settle.

After a good voyage Ingimund landed in the northwest coast of Iceland with his kinsfolk. They wintered and when spring came they set out to look for a place where the snow melted from the mountains early. On the way Vigdis gave birth to a girl named Thordis and Ingimund named this place Thorisarholt or Thordis’s Wood. They then set off up the valley (Vatnsdal) and found good grass and woods. It was lovely to behold. Ingimund took a large land holding and built a great temple a hundred feet long and when he dug the holes for the high-seat pillars he found the amulet as had been prophesied. He named his farm Hof,(Temple) farm.

Closing thought; when Ingimund left his ancestral land did he cover his sacred site, his Hof, with peat and take his high seat pillars with him to Iceland, could it be the ancient Asatru site that was discovered recently and disrespected and destroyed? Just a thought. 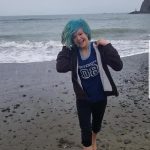 Marissa Marie Evans, 12, of Joplin, MO, passed away October 9, 2019. She was born June 11, 2007, in Joplin, MO.
Marissa excelled in art, especially drawing and animation. She had a brilliant and artistic mind. Marissa loved nature, climbing mountains, and going to the beach. She was often quiet and shy but always a sweet and loving girl.
She was preceded in death by her grandfather, Jerry Gordon; great-grandparents, Lewis and Helen Gruver and James and Nancy Gordon; and great-aunt, Patricia Gruver.
Marissa is survived by her parents, Charles and Fawn Evans; siblings, Aidan Gordon, Connor Evans and Sariah Evans; grandparents, Starlette Gordon, Lisa VanHoose and Larry VanHoose, and Don Jr and Kathrine Evans; great-grandmother, Laura Ringler; aunt, Adrian Hatlestad; uncle, Donnie Evans III; great uncle, Rodney Gruver; special friends, Mochi and Galaxy and Bread; and many cousins and other family members that will miss her dearly.
Visitation will be held from 10-12, on Saturday, October 12, 2019, at Midwest Cremation and Funeral Services, 2026 W Woodland St, Springfield, MO.
In lieu of flowers, memorial donations may be made to the family to help with expenses. 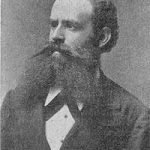