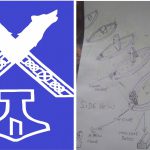 This year the AFA will continue our focus on Immortality, the symbol that will guide us for this year is Othala.  The Anglo-Saxon Rune Poem tells us of Othala:

“An estate is very dear to every man, if he can enjoy there in his house whatever is right and proper in constant prosperity.”

As we focus on Immortality this year, we will pay special attention to our Hof effort, establishing physical houses of worship, sacred spaces of our own here in Midgard.  Also, we will focus on building up a solid faith community as a refuge from the Wolf Age.  We will focus on making the AFA, our church, an outpost of the Golden Age here in Midgard, where our folk can call home and feel comfort doing “whatever is right and proper in constant prosperity”.  By Midsummer 2020, we WILL have our second hof. By Midsummer 2020, we WILL have a place to inter the ashes of our dead. This will require help from all of you and I know that help will be there. Great things are in store, we will build a ladder to Immortality by stacking success upon success. 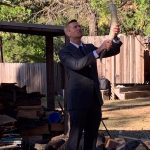 During Midsummer at Óðinshof, Joe Rozanek took his oath and was made a full Folkbuilder. Joe lives in the Portland area and has spent the last year building up our Pacific Northwest region. During this last year Joe has build up his region, steadily and solidly. Joe is a man who carries himself with dignity and represents the AFA superbly. Please Join us in congratulating our newest Oathed Folkbuilder, Joe Rozanek. 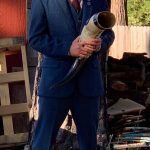 This past weekend during Midsummer at Óðinshof, Kevin Long of San Diego, California was ordained as the AFA’s newest Gothi. This is the culmination of years of study and determination. The Asatru Folk Assembly is proud Kevin and we are excited for the Folk to have a new spiritual leader. Hail Gothi Kevin Long! 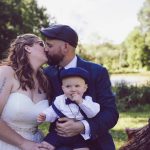 The Asatru Folk Assembly is proud and overjoyed to introduce to you Mr and Mrs Clifford Erickson! On Midsummer’s Day, Witan Clifford Erickson married Gythia Student Catie Reid. These are, truly, two of the finest people one could hope to know. We wish this family all the blessings our Gods can grant, all that and more. Midgard is a made better by these two existing, it is made much more so by their being united as Husband and Wife. Your AFA family love you. Hail the Ericksons! 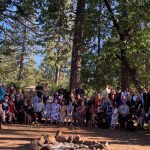 What an amazing Midsummer gathering! This AFA Midsummer was one of the best ever. Thank you to all the volunteers that made this possible. Thank you to all our AFA family that came out to celebrate with us. It seems like no matter how large we make our Vé, there is never enough room for all the folk who attend nor enough room to contain the love and devotion poured out to our Gods and FOlk. Óðinshof was truly overflowing with blessings and brotherhood this year. We hope, wherever you were, that you had an amazing Midsummer and we invite all of our AFA family to join us next year at Óðinshof for Midsummer 2020! 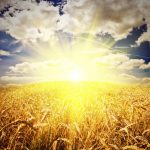 The Asatru Folk Assembly would like to wish our AFA family a powerful and motivating Midsummer! Feel the Sun upon your face and the warmth of our Gods in your heart. May Baldr inspire you to shine with nobility and radiate with glory!

Today it is my honor to welcome home The Rocky Mountain Folk Kindred of Utah as a Official Kindred of the Asatru Folk Assembly. Everywhere you look there are Folk stepping up and coming together and forming Kindreds and hosting events in their regions. There is activity now in places all over the world and our folk are coming home. Hail The Rocky Mountain Folk Kindred and thank you for stepping up and being a doer!

Hail the Kindreds of the AFA!
Hail the Asatru Folk Assembly!!! 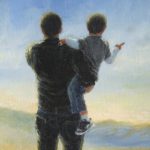 Day of Remembrance for King Athanaric of the Visigoths 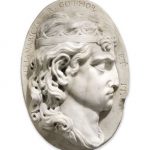 Athanaric, first king of the Visigoths, led his tribe throughout the 370’s AD. He was a king beset on all sides with war. Romans to the South of him, Huns to the East, and even a civil war at home. Somehow he managed to hold his people together until his death, even securing a peace treaty with the mighty Roman empire. Athanaric held tru to his ancestral spirituality while many of his fellow tribesmen were turning to Arian christianity, an early offshoot from mainstream christianity that gained a large following for a time in Europe. Athanaric banished christians from his lands, killed some, pushed out others, and kept the old folkways alive for his tribe. During Athanaric’s reign some of his Arian tribesmen began a civil war that Athanaric had to deal with throughout most of his time as king. These rebellious tribesmen even went so far as to ask Rome for assistance in their uprising………of course, Rome, seeing an opportunity to assert their authority in a new area, jumped at the offer. Athanaric refused to cow and fought valiantly for his people and his ancestral ways for many years. Ultimately he was able to get Rome to offer him terms for a peace that was acceptable to his people. Once this truce was secured and his people were relatively safe Athanaric chose to rest. Within just a few weeks of gaining this truce Athanaric passed away. Athanaric’s tale rings familiar in many ways to our modern dilemma. We to are a people trying to keep our ancestral ways alive in the face of political correctness, cultural diversity, and rampant materialism. Seemingly there is a civil war within our folk, many going the way of modern society and all its ills, while a few of us keep the flame of our ancestral ways burning. While this “war” is not one of guns and such, it is just as dangerous, just as capable of destroying people and crushing their futures. And yet, in the face of it all are men and women, inspired by the tales of their ancestors, inspired by the very blood coursing through their veins; inspired to stand tall in the face of all adversity. These men and women, these sons and daughters of Europe, are the brave members of the Asatru Folk Assembly. Like Athanaric of old, these men and women, beset on all sides, rise to the ocasion. Rather than dwell on the many negatives around them they focus on the positive with their eyes firmly focused forward. Hail Athanaric! May his example inspire us for all times. 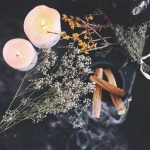 Everybody needs a little extra help sometimes. Every body does, too.

Women, being the frith-y creatures that we are, are uniquely suited to the task of manipulating energy for the purpose of healing. Magic, you could say.

Do you have a health concern and need a little extra energy? Are you battling with a mental illness like depression or PTSD? Is your baby having a hard time with teething?

If you’ve answered yes at all, reach out to us!

Once a month women of the AFA will get together to preform healing rituals all across the globe. If you would like to be included, please send a message to let us know!

At the same time, Women of the AFA! If you are interested helping to create a frithful, healing magic, let us know! It’s easy, but it makes a huge difference to those of our community that need our help!

You can reach us at EirsBlessings@runestone.org

Our first healing ritual will be on Thursday, June 27th, 2019