The Folkbuilding Excellence Award for 2018 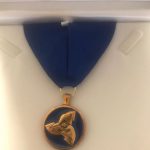 This past weekend at Ultima Thule, Anders Nilsson was awarded the Folkbuilding Excellence Award. Anders is the 4th person to earn this yearly award for his extraordinary work building our AFA family. Under the leadership of Anders, we have watched AFA Scandinavia blossom into one of our most active and successful regions. Anders has also stepped up to head our Folkbuilding efforts in all of Europe as well as hosting the ground breaking international AFA event, Ultima Thule. 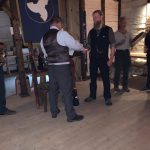 The AFA proudly oathed Anders Nilsson in as our newest AFA Folkbuilder! Anders has done an amazing job building up his region and has helped the AFA as a whole to have the amazing success we have had over the last few years. With his Oath, Anders has bound himself to us and us to him. We are very proud of all the hard work Anders has put in and excited to see the amazing future he will help us build in Europe. 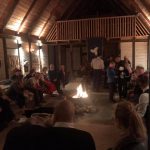 AFA leadership just returned from our First international event in Sweden! What an amazing event! AFA members from the United States, England, Italy, Norway and Sweden all gathered along with a group of German friends. It is a powerful thing to have an AFA event where folks are hailing our Gods in 5 different languages! I wanted to thank our amazing Swedish AFA family for hosting this life-changing event. And a very special thank you to Folkbuilder ANders Nilsson and our Tanum crew for their over the top hospitality and friendship, we miss you all tremendously. 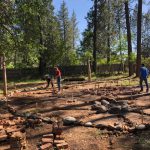 A handful of folk gathered at Oðinshof this last weekend to volunteer for the Yuba Sutter food bank and help prepare the hof for midsummer. We continued to extend our ritual circle, finished staining the floor and started on our sign out front. We were also able to get a ton of yard work and wood chopping done. Thank you to each and everyone one of you that were able to make it out and help us with these tasks. Still much to do in order to be ready for midsummer but with the help of our amazing folk we will get it done and midsummer will be the best ever. Hail the folk!! 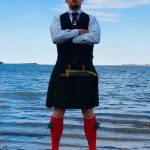 The AFA would like to welcome Erik Thiboutot to our Folkbuilding team. Erik will be the new Apprentice Folkbuilder for the Northeast region along side Clifford Erickson. Erik is a member of the Botulfr Stoneship Kindred in Massachusetts. Thanks for stepping up Erik! 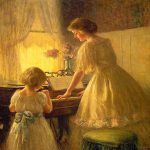 The Asatru Folk Assembly would like to wish all of our mothers a very happy Mother’s Day. We appreciate you more than words could ever express. Thank you for all you have done for us! 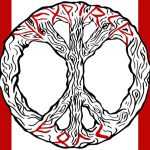 The Asatru Folk Assembly is proud to welcome home the Hagvirkr Folk Kindred of Northern California as a official Kindred of the AFA.You are proof that hard work and diligence bares fruits and rewards.Putting the keyboard down and meeting face to face creating bonds in the real world.We thank you for stepping up and leading by example and helping to bring our folk home.

Hail the Doers!
Hail the Kindreds of the AFA!
Hail the Asatru Folk Assembly!!!

DAY OF REMEMBRANCE FOR ELSE CHRISTENSEN 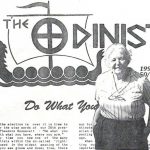 This month we raise a horn in honour of the Folkmother, Else Christensen. Born in Denmark in 1913, Else never felt at home in the church of her parents. For her there was always a pull from her ancient ancestors and from the forests of her native land. Else and her husband emigrated to Canada after WWII in search of better job opportunities. There they quickly got in to touch with Alexander Rudd Mills’ wife in Australia and, using Mills’ writings as a starting point, they began a small Odinist study group with some of their friends. This study group eventually morphed into the Odinist Fellowship. Founded in 1969 or ’70, it was one of the first Odinist/Asatru groups in North America. In 1971 the first issue of The Odinist was published as the official newsletter of The Odinist Fellowship. The Odinist Fellowship grew quickly with Else at its head, her tireless correspondence with Odinists across the world helped to build contact between many disparate believers in the Gods of our Folk. There is a story out there attributed to Stubba, one of the founders of the Odinic Rite, about how when he and Hoskuld were first wanting to create an Odinist group in England they wrote to Else and she gave them contact information of 3 more Odinists near them; from those humble beginnings the Odinic Rite arose. Over the years Else also recognized the potential of those men and women in prison who would one day return back to the free world. She was among the first Odinists to reach out to prisoners and even went so far as to volunteer inside the prisons of Florida to help teach the ancestral ways behind the wire.
Else never faltered from her dedication and devotion to Odinism, right up until her death in 2005 she continued publishing her newsletter and corresponding with people all across the globe. She lived the value of Perseverance and with her passing Odinism/Asatru lost a great voice that promoted our ways.

Hail the Folkmother, Else Christensen! 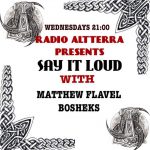 Karen, an AFA South Africa member has her own weekly show. Karen has invited me to be a regular guest on the program and I am thrilled to have the opportunity. If you can, give it a listen, Wednesdays at noon Pacific Time. 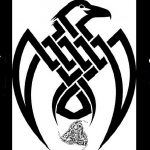 The Asatru Folk Assembly is proud to welcome home the Grim Raven Tribe of Kentucky as an Official Kindred of the AFA.Everywhere you look our folk are coming together building communities,building Kindreds and a future for our people.Now there is a foundation in Kentucky that will continue to grow and grow!If you’re in that state or in the area contact them and say hello.

Hail the Grim Raven Tribe!
Hail the Kindreds of the AFA!
Hail the Asatru Folk Assembly!!!